Minneapolis, MN – October 24, 2022: Fifteen deserving students from across the United States each received scholarships from the Joe Francis Haircare Scholarship Foundation. A total of $55,500 in scholarships were given making this year the highest gifting year for the Foundation.

Flo Francis, co-founder of the Joe Francis Haircare Scholarship Foundation and backbone of the Foundation, passed away in December 2021. To honor her influence and commitment to the Foundation, we awarded two $5,000 scholarships in her name. The two recipients of the $5,000 Flo Francis award are:

Mon and Morgan’s personal stories, commitment to their education and career in the industry, are impressive and notable. In addition, we recognize this year’s thirteen scholarship recipients each receiving $3,500 awards. 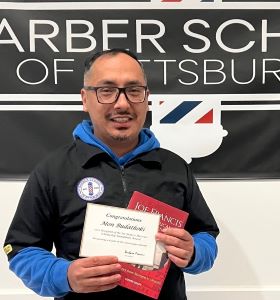 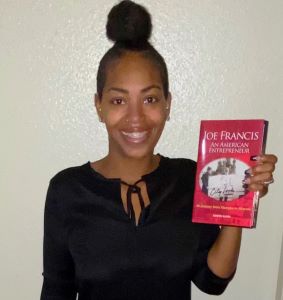 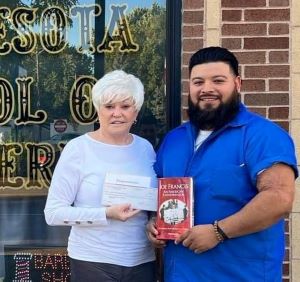 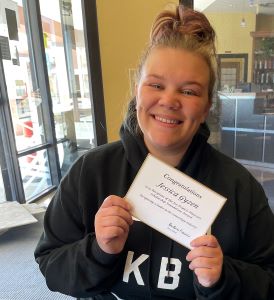 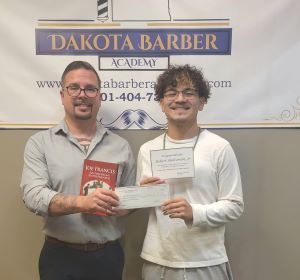 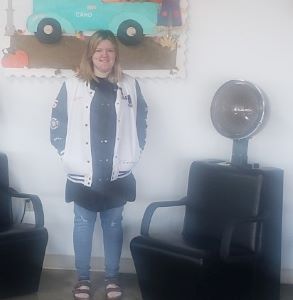 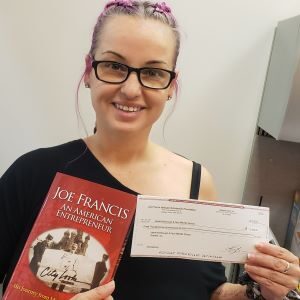 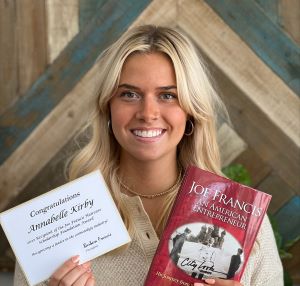 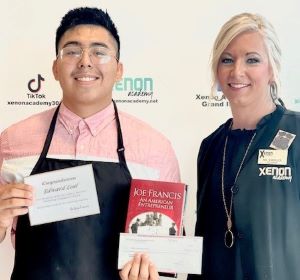 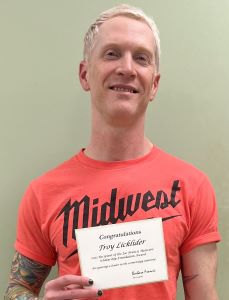 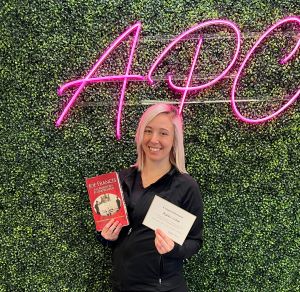 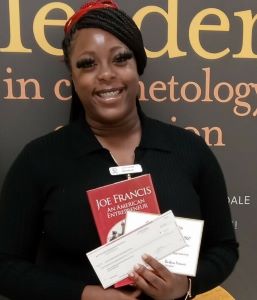 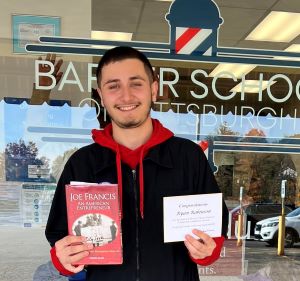 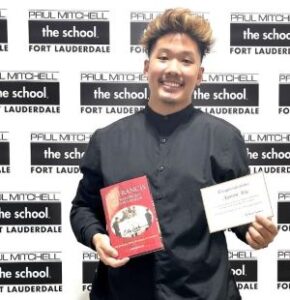 Each scholarship recipient demonstrated a strong commitment to complete their barber/cosmetology education as well as financial need. Congratulations to our 2022 recipients and their schools!

Joe Francis’ story is literally rags to riches, beginning his first job as a shoeshine boy for a local barber school. His labors eventually led him to enroll as a barber student where his enterprising spirit flourished and his lifelong career in the industry took off. He built state of the art hair salons and began franchising first as The Barbers Hairstyling for Men and Women, Inc.

He took his company public and established The Barbers Corporation. The Barbers grew to 1,200 franchise hair salons in the United States and Europe. Flo became Chairwoman of the Board of the Barbers International Corporation after Joe passed away in 1994. Under her leadership the corporation thrived and strengthened its position as a leader in the international salon industry. Joe Francis was inducted posthumously into the National Barbers Hall of Fame. Also, in recognition of their industry leadership, Joe and Flo were inducted into the International Franchise Association Hall of Fame. Together, they impacted the haircare industry with their tenacious entrepreneurial spirit.

Joe began with a one-chair barbershop, a self-made man who never forgot his early struggles and continuously looked for ways to help others find opportunities in the hair industry. Flo established this Foundation to honor Joe’s legacy and continue to support the industry.

The recent passing of Flo Francis touches the hearts of so many who knew her. Flo’s influence has been central from the very beginning, the driving force behind the Foundation. The Francis family, along with our dedicated board members, are committed to continue the mission set out by Joe and Flo’s shared vision.

Joe’s daughter, and President of the Foundation, Barbara Francis, announced, “My Father worked tirelessly to strengthen the industry and elevate the hairstyling profession. He believed it offered a path to self-fulfillment and reward. He was determined to help deserving individuals launch their career. He wanted to give back to an industry that gave him so much.”