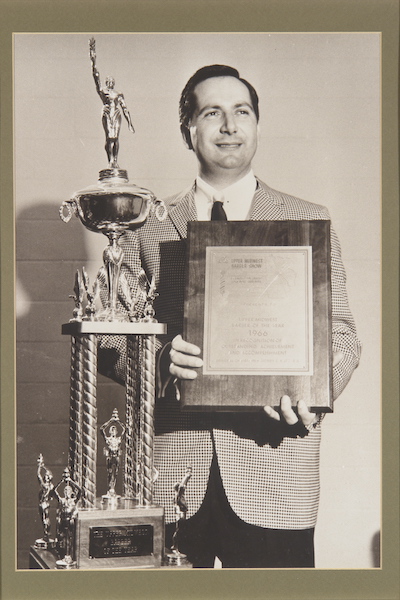 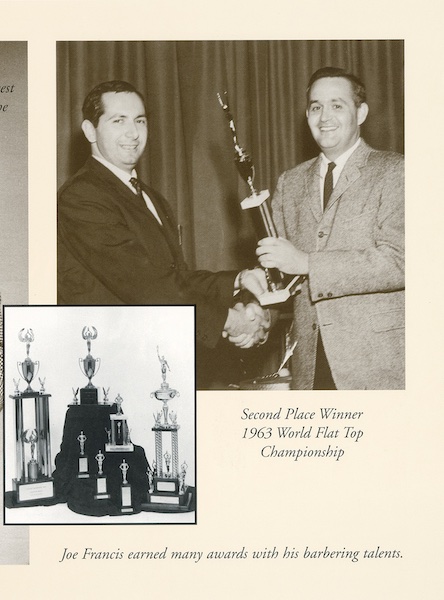 Joe Francis’ entrepreneurial spirit started at the age of 17, when he became the youngest licensed barber in the State of Minnesota. In 1957, Joe and his wife, Flo, opened a one-chair shop in West St. Paul, Minnesota where Joe’s spectacular journey of realizing his American Dream began.

A Master at his craft, Joe attracted success through his powerful self-confidence, positive outlook, faith in his associates and his vision to transform and elevate the industry. Joe earned worldwide recognition in hair competitions, particularly proficient in the razor cut; he became an expert and created a new technique and salon concept. In 1963, he introduced The Barbers Hairstyling for Men to the barber industry which was the first full service salon for men that offered men’s facials, manicures, and his new unique razor cut technique. 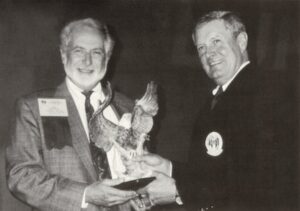 Always in the forefront of industry trends, Joe’s ambition and vision to raise the stature of the hair care profession inspired him to pioneer a hair franchise development of The Barbers Hairstyling for Men. This venture was uncharted territory and a great personal risk for Joe and Flo. Together they gathered up their savings, used their credit cards, and got bank loans to develop this new salon concept. In 1968, The Barbers, Inc. became a publicly-traded corporation.

Being the first to franchise in the industry, Joe and Flo saw much success with The Barbers, giving prosperous opportunities to many barbers and stylists with the ability to own and manage their own salons. Having achieved a position of admiration and respect in the hair industry, Joe’s vision knew no bounds. 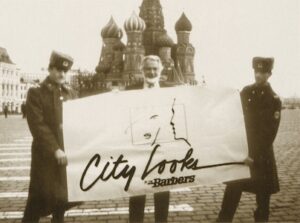 The Barbers, Inc., grew and touched the lives of many with over 1,000 franchise stores that employed 24,000 stylists and employees worldwide. In the mid 1980′s his corporation introduced the Cost Cutters concept and once again revolutionized the industry by offering $6.00 no appointment, no frills, haircuts in a clean and friendly family environment.

Joe’s vision broke through many obstacles that stifled the hair industry, and so did The Barbers. The company was the first in the Midwest to enroll a woman in their barber school, had the first woman-owned barber school, and one third of their franchises were owned by women. The Barbers corporation was recognized nationally as having the most women on the board of directors and also the most women in upper-management positions of any publicly-traded corporation in America. The Barbers held numerous rankings for best reputation of all hair salon companies. In 1982, The Barbers opened one of the first American salon in Moscow, also in 1982, a master franchise license was sold in France which grew to over 230 locations.

In 1994, the Industry lost one of its beloved leaders, when Joe died of cancer. Joe passed the torch to Flo, with every confidence that she and their family would complete the journey. In 1999, the Regis Corporation recognized the strength in The Barbers franchise system and merged their companies to become the largest owner, operator, and franchisor of hair salons in the world. 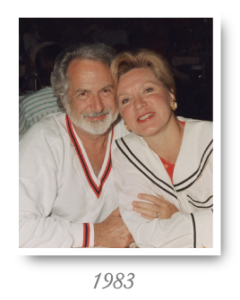 The greatest thrill for both Joe and Flo Francis was the opportunity to look back and see how many people they helped become successful along the way. They dedicated themselves to helping others achieve financial success. The Francis’ always recognized the value of the people who worked for them and remained committed to elevating their employee’s and franchisees’ success as their company grew. Leaders like Joe and Flo gave back to the community. Joe was instrumental in the creation of a degree program in Franchising at the University of St. Thomas. Joe was a Board Director for many organizations. In their continued promotion of the franchise industry both Joe and Flo served many years as International Franchise Association (IFA) Board members. In 1993, the IFA honored Joe as Entrepreneur of the Year, and in 2000 the IFA inducted Joe and Flo into their prestigious International Franchise Hall of Fame.
Share / Save: